﻿Madrid is a city founded in the ninth century with an important medieval history. In 1561 Philip II decided to make it the capital of the monarchy, and that medieval past began disappearing buried beneath the modern city. Today it is difficult to identify where in Madrid our ancestors walked in the  Middle Ages, how they were organized and how they used to live that period.

But not impossible ... We invite you to discover the medieval city of Madrid on a guided tour that starts with  the material remains to try to evoke the history of the city from its  Muslim founding until the time of  splendor Austria Kingdom.

Duration of the  visit: 2 hours approx.

Departure: esplanade between the courtyard of the Royal Palace and the main facade of the Cathedral of the Almudena. 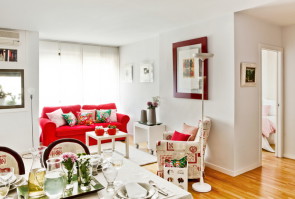 Do you want to know the availibility of any of the apartments?

Fill in our FORM and in less than 24 hours you will get an answer above the the availibility or any further enquiry you want to know.